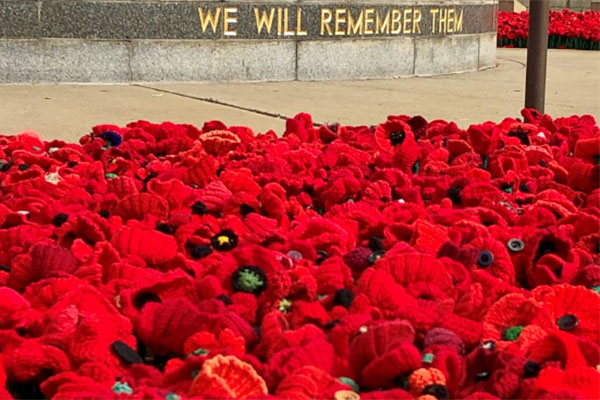 How you can say ‘thank you’ on Remembrance Day

Our lives would be very different if it wasn’t for our service men and women. Each year, at 11am on 11 November, Australians pause for one minute's silence in memory of all those who have died in wars, conflicts and peace operations around the world.

For a list of Remembrance Day Sub-Branch Services, visit RSLWA

Since 1920, the red poppy has been used as a symbol of commemoration. They were the first plants to bloom in the battlefields of Northern France and Belgium. It wasn’t long before the poppy became a widely accepted symbol of remembrance throughout the allied nations.

As a result, it has been worn on Remembrance Day ever since. Poppies were first sold in Australia in 1921 and every year, in the lead up to Remembrance Day, they continue to be sold by the RSL in order to raise funds for Veteran welfare programs.