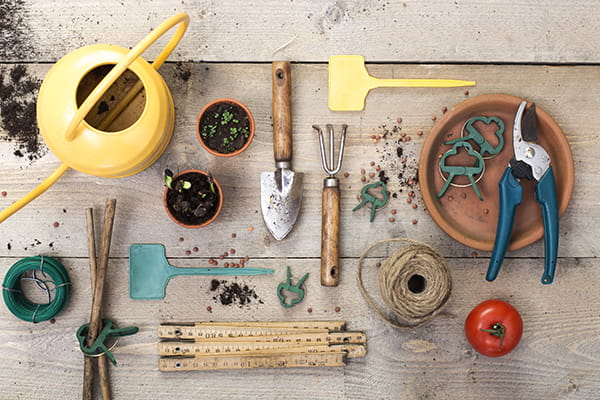 Plant a compost crop and and reap the benefits next season. A compost crop, or green manure, is a crop that’s grown to enrich and improve the soil and your veggie garden will thank you for it. Here how to start your very own compost crop. 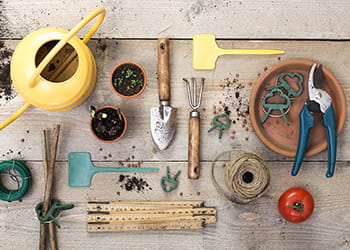 When you grow a compost crop, the foliage is dug back into the soil rather than being harvested. Legumes, mustard, oats and vetch are great crops for this type of composting.

Weeds love the winter rainfall and can really take hold unless you keep on top of them. A dense compost crop will crowd out weeds, robbing them of sunlight and space.

Strong, deep roots loosen and open up the soil, allowing water to penetrate as well as bringing nutrients up from deeper levels. When the crop has finished and decomposed, empty channels are left in the soil which directs water to the roots of subsequent crops.

When the crop is tilled back into the soil it decays, adding organic matter and enriching the soil with nutrients and minerals such as nitrogen and potassium. These nutrients will then be available for the following crops.

Some crops, such as mustard, can help control nematodes and suppress diseases.

Plant a variety of seeds for best results. Mixing a grain with a legume, for example, gives the nitrogen-fixing benefits of the legume and the deep, soil-loosening roots of the grain. Ensure that any visible weeds are removed from the soil before sowing your green manure seeds. Then simply scatter the seeds, rake over the soil and water in. What could be easier! Plant generously to ensure a thick cover and plenty of greenery which will later become the organic matter for your soil.

Try your local garden centre for a commercial green manure seed mix, or simply scatter a mix of dried legumes, grains and lentils.

Returning the crop to the soil

Compost crops should be returned to the soil just as they reach maturity but before they flower. Timing is important here - cut down too early and the crop may regrow, too late and it can go to seed and become a like weed itself. Some gardeners cover the slashed crop with black plastic for a couple of weeks to prevent regrowth.

Dig the foliage in for fast decomposition, or simply slash the foliage to ground level and leave it laying on the surface covered with a thick layer of straw mulch. A few handfuls of blood and bone will help the organic matter to break down faster. In 4-6 weeks your patch will be ready for planting with your favourite edible crops.

Crops for composting include:

Buckwheat - Fast-growing with dense foliage that crowds out weeds.

Legumes - Fava beans, lupins and fenugreek grow well over winter. Legumes, with the help of rhizobacteria, are able to take nitrogen from the atmosphere and store it in nodules in its roots. This enriches the soil with nitrogen for following crops.

Mustard - Part of the brassica family, mustard produces plenty of foliage to suppress weeds. As it breaks down it produces inhibitory chemicals that control of a variety of soil-born pests.

This is some text inside of a div block.
Text LinkVisit their websiteenquire now

The rich text element allows you to create and format headings, paragraphs, blockquotes, images, and video all in one place instead of having to add and format them individually. Just double-click and easily create content.

How to customize formatting for each rich text

Headings, paragraphs, blockquotes, figures, images, and figure captions can all be styled after a class is added to the rich text element using the "When inside of" nested selector system.